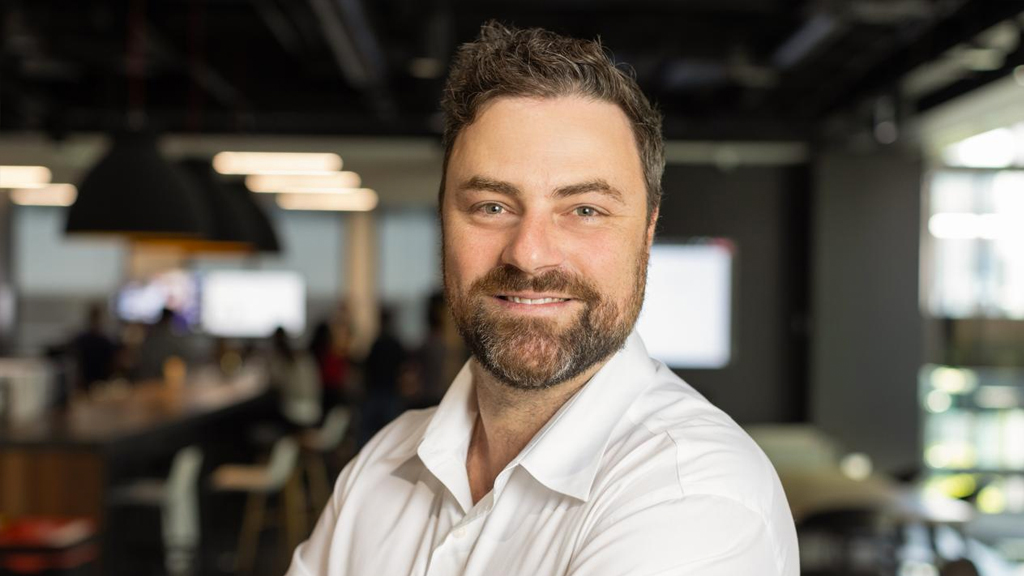 Daniel Houden was at dinner in Las Vegas with his father in February 2020 when the onset of the Covid pandemic triggered what would become the most tumultuous two years of his life.

Houden had been in high school on Sydney’s northern beaches two decades earlier when he began working for TASK Retail Technology, the software company started in the family’s garage by his parents, Jennifer and Kym Houden.

Twenty years later it had grown from being a small business selling third-party software and hardware to restaurant groups to a full transaction management platform for stadiums, casinos, food service companies and multinational restaurant chains, turning over more than $10m a year.

That night in Las Vegas, the Houdens were celebrating the imminent sale of the business to a US company. “We were in the final week of doing a deal and we got news that there was Covid in a casino about two blocks away from where we were having dinner. The buyer rang and said to me, ‘Where are you and your dad? Covid is coming to Vegas, get out of here and go home’,” Daniel now recalls.

“We landed in Los Angeles en route to home and I remember having a beer with my dad at the Sheraton hotel at the airport. Suddenly the governor announced the shutdown of all the hospitality venues in the area, so the bartender says ‘Forget about the bill, because I’ve just been fired. Drink up the bar.’ He couldn’t have said it to two better people because I reckon 48 hours earlier we thought our business was going to be sold.”

Upon their return to Australia, Daniel contracted Covid and was forced to isolate for a longer than expected five weeks at his parent’s holiday cottage near Taree on the NSW Mid-North Coast while his wife was heavily pregnant back in Sydney with their second child.

He recovered just in time to be in Sydney for the birth. But it wasn’t long before his wife Jess, nursing their newborn daughter Sol, wanted to relocate to Melbourne to be closer to her parents. Daniel and his young family ended up moving in with his in-laws for the next 18 months.

The rationale for the deal was to use TASK’s technology to transform Plexure into an end-to-end cloud engagement and transaction platform provider for major hospitality firms and grocery chains.

When the trans-Tasman border opened, Daniel – a software engineer by training – jumped on the first plane across and based himself at the Park Hyatt hotel in Auckland for the negotiations.

“I started finalising the deal and then the border closed again. So I was stuck in a hotel room for over three months and I was the only guest in the whole hotel. They made me breakfast, lunch and dinner. It was like being in jail,” he recalls. “It was a nightmare not seeing my new baby. I had a friend who passed away in that time too, from a heart attack in Brisbane. I’d been with my family every day for 20 years and I went from sleeping in the same room with my eldest and seeing her every night when we were stuck with my in-laws, to nothing.”

The $120m deal to sell TASK to Plexure closed in October last year. Daniel returned to Melbourne when the border reopened, just before Christmas. “So when I came home, it was like the happiest I’ve ever been,” he says, paying tribute to his wife who cared for his young family with the help of her parents in his absence. He and Jess have now bought a house of their own in Melbourne.

“I tell Jess all the time, I’ve only married half of her. The other half was my in-laws. That whole family is just phenomenal. Her just being so super-intelligent really helps because Jess understands what I’m going through. This last 18 to 24 months, if I didn’t have someone as understanding and intelligent as her, I wouldn’t have stood a chance.”

While the Houdens had started Task in 2000, the business was transformed when Daniel and his brother Dean – a software designer – developed and commercialised its proprietary software for big national customers.

After teaching himself to code in the family’s garage, Daniel took over as CEO of the business from his father in 2013, which he says allowed him and his brother the freedom to “create and go harder and faster in business”. Dean is now chief operating officer.

“Growing up, the business was our life. If we did a deal and we were making money, we’d go to the local Chinese near home in Elanora Heights, which I used to work at, to celebrate,” Daniel says.

Despite stepping back, his father continued to be up at 5am making coffee and in the office each morning, dressed in suit and tie. Daniel says he felt the burden of following in his footsteps.

“Massively,” he says. “Dad had a very successful business reselling a product. I started wanting to recreate that in web services. Our industry wasn’t web-enabled and I moved it to the cloud. But he said to me, ‘Don’t waste your time.’ So we had battles all the time. My dad came from the corporate world. He did a lot of selling. I just focus on the nuts and bolts, I just want to fix things. I didn’t have the foresight and the experience that he had.”

He says the greatest lesson from his father was to treat every customer the same, whether they generated $1 or millions of dollars of revenue for TASK. “Looking back, that’s how he grew his business. It was all referrals and that’s what got us to where we are today. People could trust us,” he says.

He describes his mother, who for two decades did all the accounting and legal work for TASK, as the glue that held the family together. “With mum, it is just the care she has for everyone. I’ve always focused on fixing problems, it is part of my nature. I think good things are a result of what you’ve done in the past, so I don’t like to celebrate them. With that personality, it can sometimes cause some issues because people want to celebrate something that’s happened,” he says. “Mum is the one that really makes everyone feel cared for and loved and that’s really rubbed off on me. I’ve had to learn that skill to smell the roses.”

Fixing problems in the merged group – now known as TASK Group – has consumed Daniel over the past 12 months, as he was forced to restructure the Plexure side of the business and expand the customer engagement platform’s capabilities and scalability.

Fifty-five staff were cut as part of initiatives to save $8m a year. The transformation culminated in August with the restructuring of commercial terms with major client McDonald’s Corporation to distribute TASK’s digital customer engagement platform for the next five years, which will underwrite the profitability of the Plexure division.

“Although we’ve gone through a bit of pain to get to where we are in these last 12 months and it has felt like the longest 12 months of my life, I wouldn’t change it. We’ve met some amazing people and it was my life long dream to do business with McDonald’s,” he says.

“To get my nose into a technology and a platform that runs with hundreds of millions of users at huge scale doesn’t come along very often.”

This week Task Group reported half-year EBITDA of $2m before adjusting for employee share scheme charges, compared to a loss of $7m in the previous period.

It also upgraded its 2023 guidance for revenue and pre-adjusted EBITDA, the latter up 157 per cent on previous guidance in August.

The share scheme was part of the Plexure merger deal, which saw the Houden family give $12m worth of stock to staff, most notably employees who started with them in the garage – some of whom are still under 40. Daniel turns 40 himself in January. The family retains a 36 per cent stake, and the staff hold about 4 per cent.

“We posted a huge loss last year, and to turn that around to be cash flow positive in less than a year was amazing. Then to be able to work with McDonald’s, you don’t get any bigger,” Daniel says.

The group has also expanded its offering across quick service restaurants and hospitality customers, including Bakers Delight, Tank Juice and venues such as the Sydney Football Stadium and Marvel Stadium in Melbourne. It has also secured a contract with Retail Food Group for pizza restaurants and recently launched its new global end-to-end platform with Starbucks Australia, which includes a new rewards and ordering app. The platform provides a full suite of digital consumer-facing and transaction management services for Starbucks.

“We are now in a really solid financial position after the last 12 months of work and are able to take a step back, especially in the US, to look at how companies and customers are trying to create digitally enabled solutions that touch all areas of their businesses,” Daniel says. “So I’m watching the US tech-wreck play out over there and looking at these opportunities now from a position of strength. We are just sizing up our strategy to then be able to go over there and really execute our US expansion.”

Daniel says the past 12 months have not been easy with his father, given the indigestion associated with the Plexure merger.

Asked how his father has reacted to bad news since the merger, he replies: “He probably leads first with a little bit of the emotion piece, which I then pare back and sort of break down into steps. He’d say, ‘That’s a pretty crappy result and what are you doing about it?’.

That’s the sanitised version. I then unpack it and he will sense-check it and figure out whether he believes it or not.”

Despite the intense competition between them over the years, they now get on well together. While many successful family businesses are conscious of dividing their work and personal lives, Daniel says the secret of the Houden family’s success over two decades has been the exact opposite.

“My in-laws haven’t had a family business. So they have views on ours. Jess often tells me ‘There should be some line here’ between work and family. But for us there is not,” he says.

As easy capital dries up, Australian fintechs - once market darlings - are putting their…