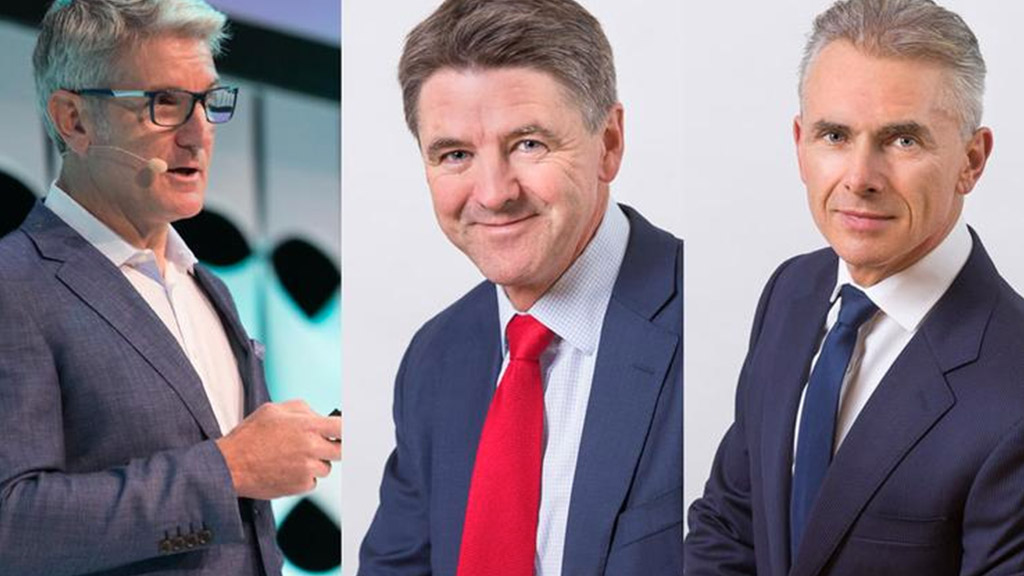 “This is simply an unstoppable force taking shape — everyone, and I literally mean everyone, is talking to everyone.”

The channel is entering mergers and acquisition (M&A) activity at an average rate of one deal every 52 hours across Australia and New Zealand (A/NZ), as a perfect storm of expansion and exit strategies collide at pace post-pandemic.

Shaped on the one hand by a desire to chase new markets, customers and technologies — yet counterbalanced by a pandemic-inspired feeling of reassessing priorities and breaking free — the end result is a substantial upswing in deal flow on both sides of the Tasman.

Predominantly driven by IT services and software demand — in addition to building regional reach and acquiring new customer bases — M&A comfortably stands tall as the number one priority for partners in both the short- and long-term.

According to Tech Research Asia (TRA) assessments — tracking completed deals in the public domain — the M&A deal count across A/NZ in 2021 currently stands at 140, comfortably surpassing total figures of 105 in 2020.

In running the numbers from 1 January to 31 October (spanning 303 days), that equates to one deal approximately every 52 hours, just over three per week and roughly 14 per month.

“And we’ve only just had Halloween,” observed Mark Iles, executive analyst of TRA. “This is simply an unstoppable force taking shape across A/NZ — everyone, and I literally mean everyone, is talking to everyone.”

An in-depth assessment of the local M&A market will be delivered during Pulse Check, running as an interim virtual market update for partners across Australia and New Zealand. Set for Thursday 25 November, this session will deliver bite-sized guidance in relation to revised customer investment priorities, third-party outsourcing plans and ongoing local M&A trends. For partners seeking to register — click here.

Accenture continued the trend with the buyouts of Perth-based Electro 80 — for an estimated $30 million — and Sydney-based Industrie&Co within a four-week period in May, after taking control of Melbourne-based cloud specialist Olikka in late 2020.

Within this context, Perth-based systems integrator Empired entered into an agreement to be acquired by Capgemini in a deal worth A$233 million which included subsidiary Intergen in New Zealand.

Meanwhile, Cognizant kicked off the year with the buyout of Servian, in addition to KPMG taking control of Oracle specialist Certus, EY welcoming cloud security provider SecureWorx, PwC snapping up WebSecure and Wipro splashing out US$117 million for Melbourne-based Ampion.

One deal which didn’t eventuate however was Atos’ unsolicited bid to acquire DXC in a US$10 billion deal — flatly rejected by the technology giant at the start of the year.

Global system integrator (GSI) deals aside, other serial M&A specialists include Tesserent in recognition of the recent buyouts of Airloom, Pure Security, Rivium, Secure Logic and iQ3, as well as taking charge of Loop Secure for $13.5 million and investing in cyber security start-ups TrustGrid and AttackBound.

Furthermore, growth for Nexon Asia Pacific is showing no signs of slowing down following the acquisitions of Computer Systems Australia (CSA), Equate Technologies, Veridian Solutions between April and September.

Meanwhile, CyberCX — a cyber security supergroup buying businesses on both sides of the Tasman — brought Xello Australia into the fold in March, with newly formed Orro purchasing managed security services player eSecure in September. As revealed by ARN, Orro itself was born out of a mega-merger between Comscentre, CustomTec, Correct Solutions and Mach Technology Group.

Singapore-based and Singtel owned NCS deepened local presence with the acquisitions of Eighty20 and Riley, while Australia-founded Sourced Group was acquired for US$75M by Amdocs and Fujitsu snapped up data analytics expert Versor in Melbourne.

Across the Tasman in New Zealand, Softsource acquired Christchurch-based cloud service provider vBridge to target hybrid cloud services at the start of the year, while Fusion5 — fresh from receiving a 55 per cent buyout from private equity company Waterman Private Capital — snapped up Topaz Solutions, a Microsoft Dynamics 365 specialist.

Kordia moved to take control of Base2 and SecOps within the space of two months amid plans to build IT and security services capabilities across New Zealand, in addition to M&A hungry CyberCX doubling down on the Kiwi market by finalising the buyout of Insomnia Security.

This is alongside Napier-based Magiq Software being acquired by Springbrook Software, Fastcom taking ownership of Sietec New Zealand and all subsidiaries and Stratos Technology Partners and Alchemy Group merging operations in Christchurch.

Other deals include OSF Digital acquiring Kiwi Salesforce and consultancy house Adept Group and PaySauce investing in the business and assets of Palmerston North-based SmoothPay.

On the peripheral of the partner ecosystem, large-scale deals were also confirmed within the software-as-a-service (SaaS) space with Kiwi 3D modelling software vendor Seequent snapped up by Bentley System in a deal worth US$1.05 billion, before buying Canadian software company Minalytix.

Furthermore, Vend struck a deal to be acquired by Canadian vendor Lightspeed for US$350 million; Xero bought Danish workforce management platform Planday in a NZ$305 million deal; Plexure Group entered into a conditional agreement to buy Task Retail for A$120 million and Dunedin-based Timely sold to EverCommerce for more than $100 million.

Meanwhile, Cin7 engineered two buyouts in the fragmented cloud-based inventory management software market — acquiring Sydney-based DEAR Systems and US company Orderhive. This is as well as Eroad entering into a conditional agreement to acquire Coretex for $157.7 million plus a performance premium of $30.6 million.

While not strictly the partner ecosystem, two of the largest deals to impact the trans-Tasman market originated in distribution with Crayon acquiring Rhipe — fresh from buying EMT Distribution for $11 million – for A$408 million and Dicker Data taking control of Exeed in a A$68 million transaction.

Such a significant surge in activity has been triggered by a range of contributing factors — namely the pandemic reassessing personal priorities, an insatiable appetite for growth and an unrivalled determination to acquire new customers at all costs.

“We’re still seeing tremendous deal flow and we’ve never had such a large pipeline,” noted Mark Nesbitt, principal of Latimer Partners. “In some sectors, COVID-19 has caused owners to reflect on what other things they’d rather be doing which has naturally had an impact.

“That means they probably have people in the US or UK but haven’t been able to travel for 18 months to see customers which also makes it hard to retain staff due to the lack of face-to-face engagement.”

In addition to navigating such a challenging 18 months, Nesbitt acknowledged that business owners are also receiving increased inbound interest with valuations at an “all-time high”.

“If it’s becoming hard and there’s substantial interest, why not think about a transaction?” Nesbitt asked.

“Businesses are generally not leveraged up or debt financed and when it comes to software and IT services companies, they are generally equity financed,” he noted.“It’s not so much that cheap debt is driving this, rather a wall of equity capital.”

Referencing the recent A$40 million raising by Swoop Telecom, Richards observed the “eye-watering” sums of money flooding the market currently which in turn is accelerating consolidation efforts. Meanwhile in early September, Richards and Nesbitt helped dual-listed Plexure Group launch a A$20 million capital raise which was “heavily oversubscribed”.

“There is a war chest of money available,” Richards observed. “A lot of equity capital money is being put to work and high equity prices are feeding off this. Players in the local market today are very highly rated and investors are crying out for the growth which is hard to deliver in a small local market so it’s very easy to go out and buy other assets.”

Acknowledging the difficultly of growing a business within a locked down market — despite recent encouraging government announcements — Richards documented a change in investor mindset from considered expansion strategies to a simple mandate, “grow at all costs”.

“What used to happen 4-5 years ago was investors helping businesses adjust for organic growth but nowadays, nobody cares,” he said. “It’s all about how fast you’re growing and acquisitions will be almost overlooked as long as you’re growing fast.

“Just look at the top line revenue and how fast you are growing, then you’ll be forgiven for buying businesses.”

According to Iles of TRA, the predicted market surge in IT and services spend during the next 12-24 months — triggered by customers aggressively prioritising growth and innovation — is also contributing to M&A activity with the partner ecosystem aware that waiting for organic growth is a luxury many can ill afford.

“Most partners know they can’t organically grow their way into the market opportunity,” he added. “If partners are not aligned to the right areas then this opportunity will pass them by far too quickly for them to respond.

“For example, if a partner wants to move into data and analytics, it will take at least 12-18 months to build up a business and by then, the opportunity will have gone. It’s just easier to buy a way into the growth areas.”

In addition to technology expertise, another local trend playing out is a rise in regional acquisitions, aligned to government investment and also expansion ambitions — evident through recent deals by Brennan IT and ASI Solutions in Newcastle and Mildura respectively.

“We have seen active regional acquisition activity with partners hunting for businesses in the Gold Coast, Hunter Valley and Newcastle among other areas,” Iles said. “Given some of the investments that government is making in regional businesses, we’re starting to see regional pick-ups.”

Attendance at Pulse Check is by invitation-only, open to all executives, business and technical professionals from partner organisations. For partners seeking to register — click here.