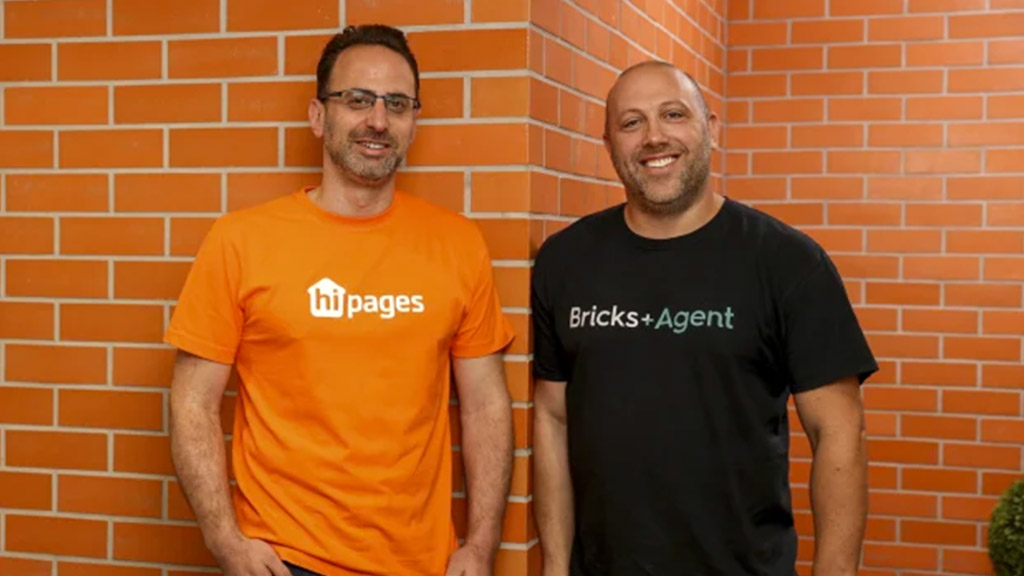 Online tradie marketplace Hipages has acquired a 25 per cent stake in property management platform Bricks + Agent as part of plans to expand its offering to a wider audience.

The ASX-listed group, whose market cap has surged to almost $500 million since listing in November last year, allows consumers to post residential and commercial jobs directly on the platform and connect with local tradies in their area.

Similarly, Bricks + Agent, founded by entrepreneurs Jon Stul (the son of Shopkins billionaire Manny Stul) and Rafael Niesten uses a cloud-based platform that allows tenants to post maintenance requests online, which can then be automatically allocated to tradies, who can also be paid through the system.

It was one of four proptech start-ups selected for Charter Hall’s accelerator program in 2018.

Users of the platform include Ray White, Raine & Horne, McGrath and LJ Hooker.

Hipages acquired its quarter stake in Bricks + Agent for $6.25 million, valuing the proptech start-up at $28 million.

This investment – its first acquisition since listing – will give Hipages exposure to Bricks + Agent’s user and tradie base, where “there are significant opportunities for cross-sell and lead generation”.

Bricks + Agent will use the capital injection to accelerate its growth plans, which include expanding overseas. The start-up expects to deliver its first pre-tax profits this financial year.

Hipages Group CEO and co-founder Roby Sharon-Zipser said Bricks + Agent was a great cultural match for Hipages and fitted perfectly with its strategy to expand into adjacent markets.

“The $21 billion property management market is a huge opportunity for us,” he said.

Mr Niesten said Bricks + Agent would be able to accelerate its growth through leveraging off the scale and expertise of Hipages and “continue to change the game in property management”.

As part of the deal struck between the two platform, Hipages Group CFO and COO Melissa Fahey will join Bricks + Agent’s board.

The deal adds to growing consolidation and tie-ups in the proptech sector.

Earlier this year, online portal Development Ready paid $2 million for a significant stake in DistrictData, which provides developers with a suite of mapping and reporting tools.